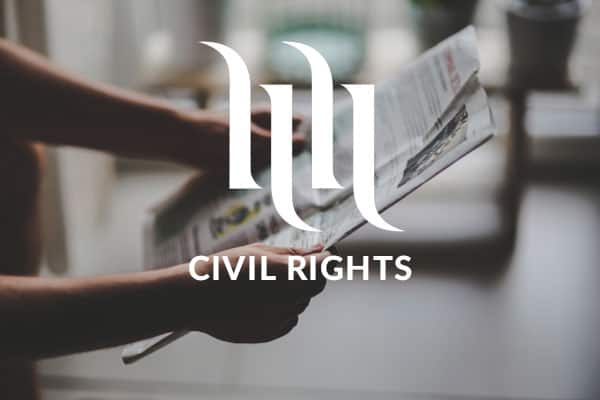 When the US Constitution was first created a few wise people felt that it wasn’t strong enough to protect the citizens of this country. To bolster the everyone’s protection, 10 amendments were added to the Constitution. These 10 amendments would later become known as the Bill of Rights, and this is where civil rights began.

As the country grew the list of civil rights guaranteed to every American slowly grew with it. Notable additions were added, such as The Civil Rights Act of 1964. However, today many of these civil rights are being treated.

Unlawful search and seizures, civil asset forfeiture, racial profiling, and discrimination of every kind are in full force.

Police can often violate civil rights during arrests and investigations. These violations are typically done in the name of justice by cops who are convinced they have bad guys and want to cut a few corner to make the arrest or get a warrant.

Your rights are protected by the Constitution multiple times and these rights are fundamental to the fabric of our nation. If your rights have been violated by the government or anyone else, Holly Hefton can help.

If you are in a difficult time, Holly Hefton P.C. is here to help facilitate the process.