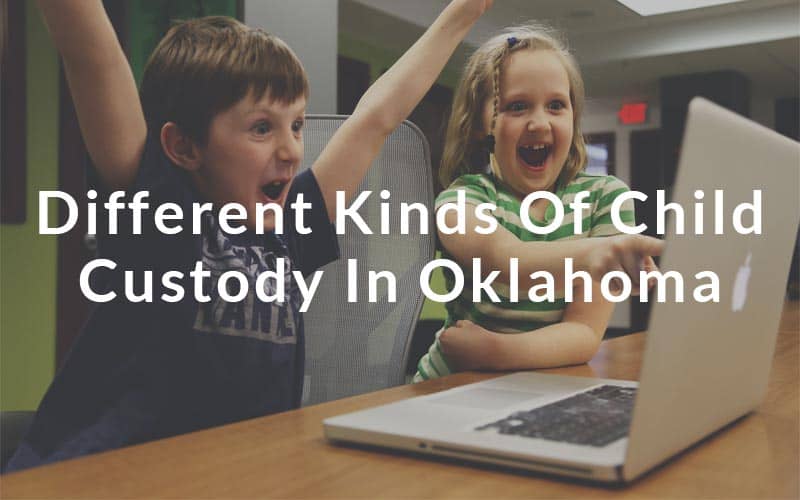 Generally, a parent whom the child lives with the majority of the time will have primary physical custody, and the other parent will have visitation rights or parenting time with the child.

A parent with legal custody of a child has the right, as well as the obligation, of making decisions regarding the child’s upbringing.

A parent can have sole custody of a child, both legal and/or physical. This generally occurs when one parent is deemed unfit due to a history of drug or alcohol abuse, child abuse, or neglect. Most courts are awarding sole custody less and emphasizing the importance of both parents in a child’s life.

As with sole custody, parents may have both joint legal custody and/or joint physical custody of a child. It is best to speak with your Oklahoma City child custody lawyer in order to work out the best joint custody arrangement for your child, which will work out a custody schedule based on employment requirements, housing arrangements, and the needs of the child. Splitting weeks is common among parents with joint physical custody.

Because most courts prefer joint legal custody based on the best interest of the child, you may need to contact your Oklahoma City child custody lawyer if you believe it is impossible to share the decision-making responsibilities with the other parent due to circumstances such as failure to communicate or history of abuse.

This form of divided custody allows the children to avoid being shuffled back and forth between homes. Under these custody agreements, the parents rotate the time spend at the child’s home and the child stays in the same place.